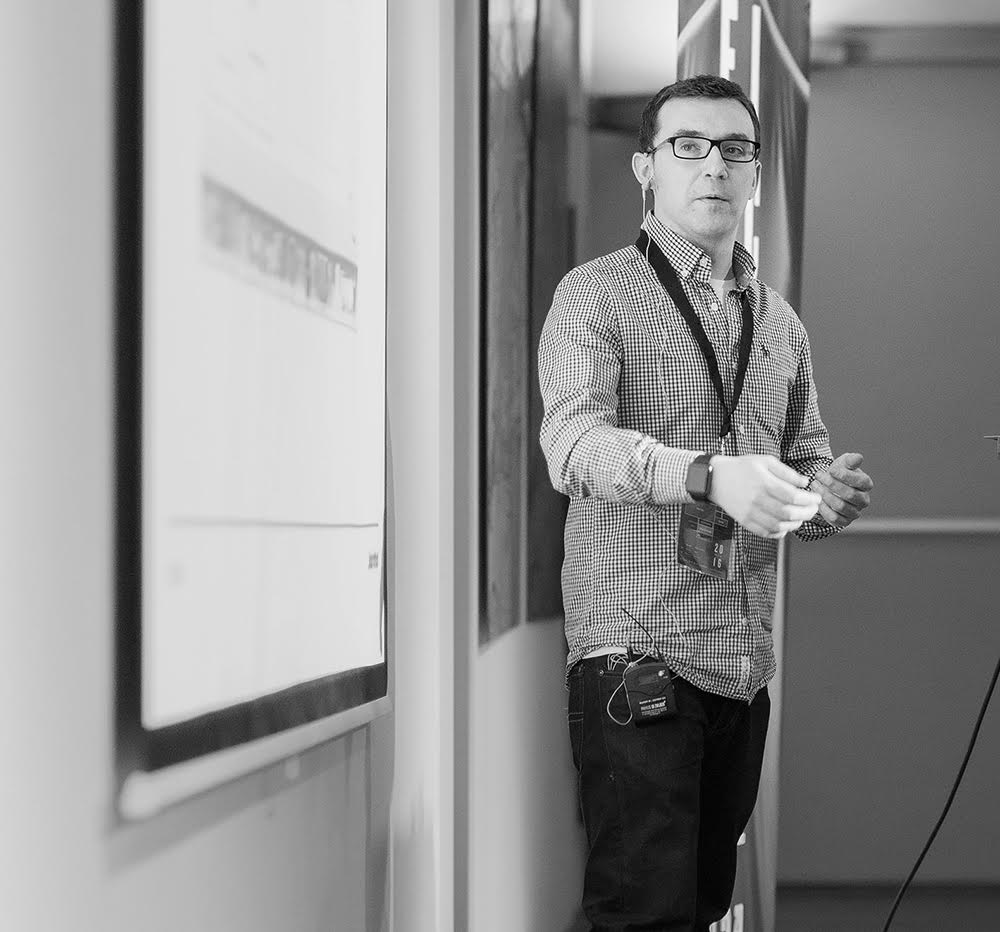 Today we'd like to introduce you to Graeme McGowan from Jamhot – a creative studio that "helps companies and brands look good, sound good and communicate with their audiences in interesting ways."

When I met Graeme at one of the company's Gab evenings, he told me that the Small is Beautiful message resonated with him because he and his colleagues love being a small business.

"It's something that we're proud of," he explained. "When we started the studio we knew that we wanted to stay small and focus on growing the quality of our output rather than just growing the size of our team and turnover - something that we think we've managed to stick to." As Graeme looks to the future, he says, "our view of growth will be driven by our creative output rather than metrics like cash or staff."

While the pitching and bidding process can be competitive, and sometimes come with the feedback that smallness means fewer resources, Jamhot has decided that their size should be a selling point, not a downside, to their creative business.

I asked Graeme about how Jamhot got started. "I co-founded the studio just over eight years ago with my best mate," he said. "We had often chatted, over a beer, about how it would be good to work on some projects together. We collaborated on a website for a recording studio in return for recording time for our band. It got us thinking that maybe, just maybe we could do this for a living - so we approached a potential client who we somehow convinced to give us some work and things just snowballed from there. We both quit our jobs and started up Jamhot at the start of 2008. I guess is was a bit of a risk, but at the time it didn't really seem that way as the excitement of starting something new carried us through."

Graeme also pointed out that often, it's the decision-making and not the execution involved in starting up that can be most difficult. "Looking back, making it happen was fairly easy once we had decided to go for it – it was the deciding, and the self doubt that was the hard part. Sometimes you forget that to get started in something, all you need to do is send an email, make a call and reach out to someone."

"It doesn't always need to be that difficult to get started – the hard work then comes when you take the leap and have to grow and sustain an actual business. I don't think we fully anticipated how much hard work would have to go in to starting up and running a studio. For the first few years it was all consuming. But when you are excited by what you are doing that powers you on through the late nights – along with a fair amount of coffee." 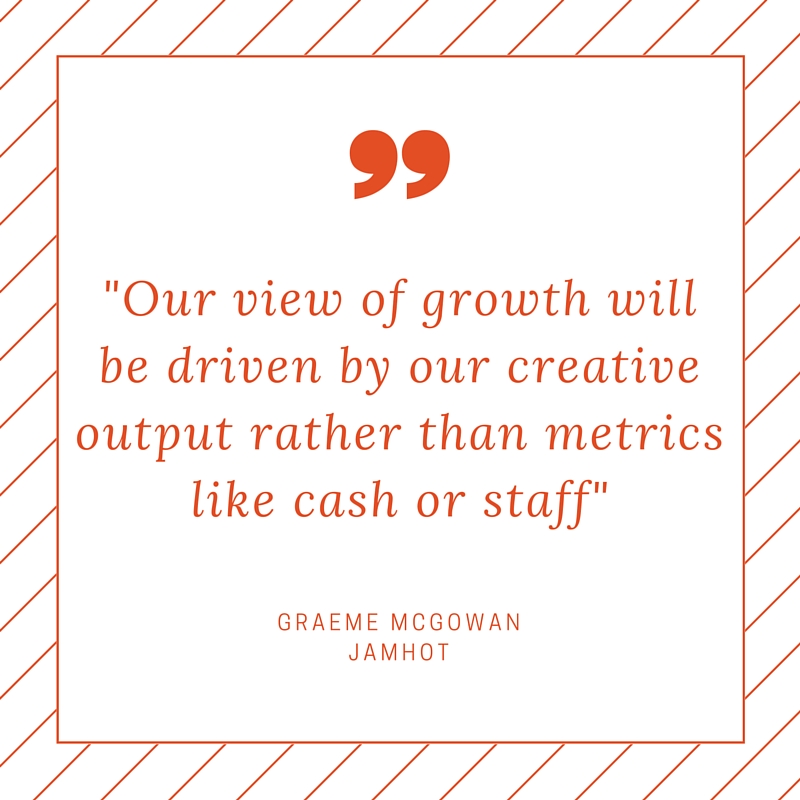 But there are always obstacles in starting a new venture, and for Jamhot that often means finding a balance of factors, particularly those that fit with the company ethos but also have a budget that allows them to produce great work. "I think one of the biggest obstacles can be my own self doubt," he added. "I found the transition to being a manager to be fairly challenging, and at times it's easy to doubt your ability in all sorts of areas when you have to wear so many hats. It's important to stay positive and recognise the things that you have done well and not dwell on the things that go wrong - which can be easy to say but hard to do."

And the successes? "Getting through the first year of business as a huge achievement and to still be going eight years later, having worked with so many talented people and clients, blows my mind. While our main focus is always on the work that we produce, we're really proud to have maintained good and consistent profit levels every year that we have been in operation - we realise that the financial side of the business is very important in providing a solid backbone to allow us freedom to focus on the creative side."

Although Graeme says he's lucky to have been able to start his business with a friend, he's also received informal support and advice from other business owners. "I'd recommend never being afraid to reach out to folk for a coffee and a chat - as from my experience most folk are more than happy to share their stories and advice. It helps a lot to to know that others are facing the same challenges and experiences as you are."

He also relies on events like Small is Beautiful because, "they offer the chance to get away from your screen and out in to the world. We go to a fair amount of creative and design events – so I enjoy meeting different people from different fields rather than just design for a change."

"It's always good to hear new ideas and ways of doing things - as it gives you lots of ideas for things you can improve in your business."


Want to join us and meet people like Graeme at Small is Beautiful? Buy your ticket today for only £199. Early bird tickets are available at £99 until 15 May 2016.