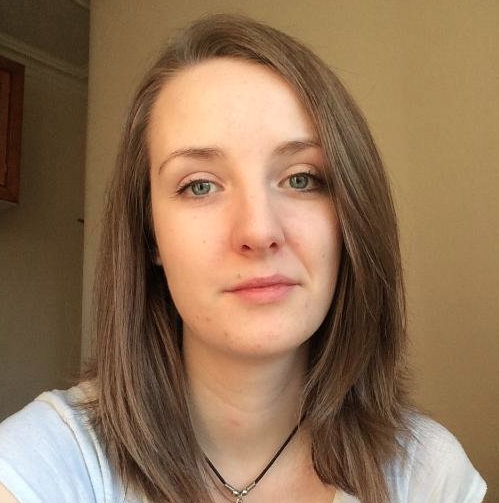 Meet Laura Jones – a microbusiness owner who's still in her first year of business. After working as an Editorial and Marketing Assistant at Glasgow-based independent publisher Saraband, she made the jump to set up her own business.

As you'll know if you've been reading our blog for some time, we are interested in whether microbusiness owners and freelancers chose this path or whether they run their businesses by necessity. For Laura, it's a bit of both. She told us that, "There's nothing quite like unemployment to give you a hefty kick up the backside towards sorting yourself out. I often say that I set up FloJo and became a freelancer due to 50 per cent necessity (unemployment), 50 per cent desire. I had the fear but I also had the skills." After setting up a website and asking former colleagues for testimonials. She added, "It motivated me to really put myself out there and make myself known."

Laura's business, FloJo Services, offers book production and promotion services to publishers and authors. Her work includes typsetting books and setting up websites and digital promotional strategies for authors. Like many freelancers she has many irons in the fire, and is also working with the Saltire Society on ScotLitFest and the marketing team at Bloody Scotland.

Of the variety of the work, she said, "Getting paid to do exactly what I want to do, largely on my own terms, is irresistible. In a traditional job, I wouldn't be able to do what I do now. One day I'm typesetting a book and the next day I'm setting up a social media campaign. I enjoy both equally but they're under very different job descriptions... Working for myself, I have both."

In under a year, Laura's found many of the big pros and cons of freelancing that we've discussed at our conferences in previous years. Her biggest obstacle has been self-doubt, "a phenomenon that musician Amanda Palmer describes as 'The Fraud Police' who shout 'you stand accused of the crime of completely winging it, you are guilty of making shit up as you go along, you do not actually deserve your job, we are taking everything away and we are TELLING EVERYBODY.' If anyone in freelancing or small business claims they've never had a visit from The Fraud Police they're lying."

She's probably right, but has some advice. "Overcoming that obstacle is a long-term game and it still creeps back during difficult times but I think it's a healthy way of reminding yourself that you proved to be valuable this far and you can make it your own way if you're prepared to work hard for it."

A pro has been the support of other freelancers. "A lot of support comes from kindred spirits," Laura said, "fellow freelancers who are on a similar unsteady path. Heather McDaid, who is also coordindating ScotLitFest with me, shares very similar opinions on freelancing and I think we act as reminders for each other to keep going, even when the unpredictability of freelancing can be frustrating.

So what does being 'small' mean to Laura? We asked what impact she wants to make. "For me, being a big cog in a small machine trumps being a small cog in a big machine every time. The impact I make is on a small person-to-person basis and that currently makes me happy. Ultimately, I'm happy if my work results in a happy client. It's a tiny, tiny impact in a huge pool of publishing but for now it's enough."

Want to join us and meet people like Laura at Small is Beautiful? Buy your ticket today for only £199. Early bird tickets are available at £99 until 15 May 2016.